The History of Scot Lacrosse 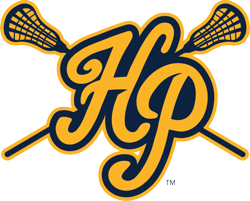 The Highland Park Lacrosse Program was founded in the Fall of 1995 with 21 boys eager to learn the fastest game on two feet. Since its inception, Highland Park has evolved into the "gold standard" for lacrosse in the State of Texas, winning 11 State Championships and graduating an impressive number of players who've gone on to play collegiately across D1, D2, D3 and MCLA divisions.

Today, Highland Park Lacrosse consists of 3 Divisions: Bantam (1st-4th grades), Youth (5th-8th), and High School (9th-12th) and consists of roughly 375 players. The High School Program is a member of the Texas High School Lacrosse League (THSLL) and competes in all three subdivisions (D1-Varsity A, DII-Varsity B and Junior Varsity).

Highland Park has consistently been led by outstanding coaches who've sought to teach the game in a manner that helps develop Champions on and off the field. The Scots made a significant leap forward under the direction of Coach Derek Thomson shortly after he was named Head Coach in the Fall of 2003. The Thomson era produced 10 State Championships including 7 D1 (2004, 2005, 2008, 2009, 2010, 2012, 2015) and 3 DII (2008, 2012, 2015) as well as Highland Park's first ever Top 25 National High School Ranking. Thomson retired in 2017, paving the way for DII Offensive Coordinator Rich Moses to take over the Head Coaching duties in 2018.

Moses' experience as a player (3x National Champion at Hobart College),  a coach (2015 DII State Championship Offensive Coordinator),  and as a man of remarkable character (2016 THSLL Person of the Year) uniquely equipped him to lead the Scots to compete for State Titles every year during his tenure, winning Highland Park's 4th DII State Championship in 2018.

In the Summer of 2022, the Scots hired Mike Pressler to become just the 4th Head Coach in program history. Pressler is one of the most highly decorated Collegiate coaches in the NCAA, bringing with him 40 years of coaching experience as the Head Coach of Duke University, elevating the program into the powerhouse it is today, Bryant University, where he guided the Bulldogs to their first NCAA Tournament appearance, as well as successful stints at both Ohio Wesleyan and VMI. In addition to his collegiate success, Pressler helped Team USA win Gold as both Head Coach and Offensive Coordinator.

Pressler inherits a program steeped in tradition and exceptional achievement. Returning Highland Park to the level of success attained by the myriad of players and coaches who've paved the way, is the task at hand. Highland Park Lacrosse looks forward to the next chapter as the Pressler era unfolds. #GOSCOTS

Now is your chance to be a part of the fastest-growing sport in North America! Differentiate yourself from the competition by supporting this thrilling, action-packed, skilled, competitive sport with a loyal fan base.

Highland Park High School will travel a team to the following Summer recruiting tournament in 2023:

All Summer travel will be passed along at cost and collected before the tournaments.

All returning Varsity Blue players will be invited to attend.  Additional invitations will be issued by the coaching staff in the Spring.  Traditionally these events have offered the coaches and team an additional chance to play together, bond and get better.  An additional benefit to those wanting to continue their lacrosse careers in college is these events are highly attended by coaches wishing to see players in their HS system where they have relationships with our coaches.

If you are a returning Varsity Blue player, or think you may be invited, please keep your calendar clear on these weekdays and plan to practice multiple times prior to the tournament.

Signing Day ✍️at Highland Park! We congratulate @ben_abel4 for his commitment to play at the next level for… https://t.co/ikd7QVgOEg

As we grieve the loss of one of our own, we are called to love one another. We’ll be sharing any service and memori… https://t.co/J4ZKZSLxpJ